Brothers Jas and Lee decided it was time we had a curry night and as Bro Jas knew of a great Punjabi Restaurant in Ilford, that was where we went.

We weren’t disappointed! The food was marvellous, freshly cooked and had a totally different flavour to that served in many other Indian restaurants, which are often Bengali. The spices used in the northern part of India being very different to those used on the eastern side. The food kept on coming, bowls replenished as each was emptied but we eventually, reluctantly, had to admit defeat. We did, however, save just enough room for dessert. Well you have to don’t you. Kulfi! Yum!

It was a great evening with delicious food, a few beers, good company and £100 raised for charity.

Some happy, full up brethren. 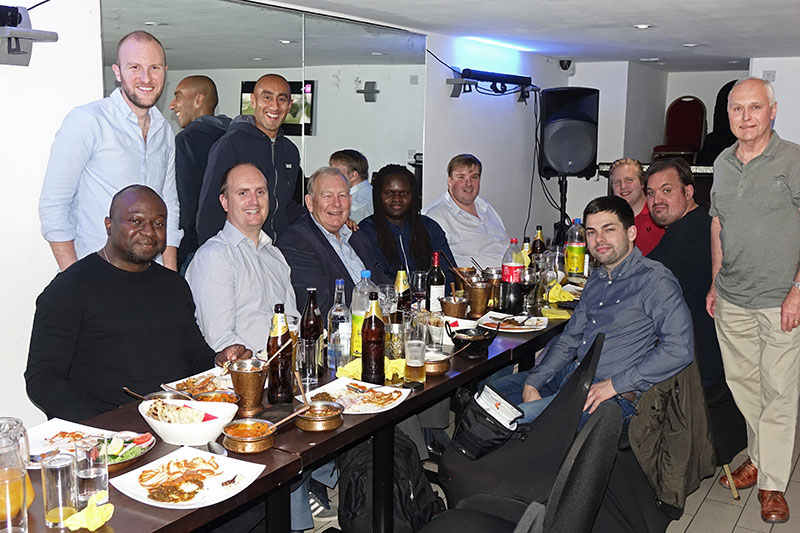