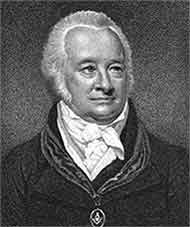 You may have heard about William Preston, the great Masonic writer of the late 18th century. He left money in his will for an annual lecture, which in those days meant the performance of a system of catechisms (Q&A). They went out of fashion some time ago, which is a great pity, although we at St Laurence Lodge have resurrected elements of them from time to time.

Anyway, in 1925, a new series of lectures was instituted and each year a lecturer is chosen to give an official lecture in a temple at Freemason’s Hall and two or three other official venues. He also gives the lecture at other venues.

This year’s lecturer is W. Bro. ADG (Tony) Harvey, who is the Provincial Mentor for Derbyshire. The title of his lecture is Scouting and Freemasonry: two parallel organisations and he delivered it on the 24th June 2013 in the Chingford Masonic Hall.

The occasion was in aid of the Masonic Samaritan Fund and The Scout Association’s Archives Development Project and a number of Brethren from St Laurence Lodge attended. Bro. Harvey spoke about the parallels between Freemasonry and Scouting, both being values-based organisations and about the relationships between them at national and local levels. He gave examples of how such relationships are working today. He described the work of the Kindred Lodges Association which was formed in 1952 to encourage Masonic Lodges involved in Youth Work to link together. In passing he said that Baden-Powell was not a Freemason although many of his closest friends were, including Rudyard Kipling.