(St Laurence was only called Laurence at the time of course)

St Laurence was a Roman and a Christian, actually living in Rome itself. He was ordained as a deacon in the year 247 AD by Pope Sixtus II and given charge of the Church goods as well as the care of the poor. The first part of his job was essentially an administrative one and required him to value and list the possessions of the church which explains why he is seen as one of the first archivists and was adopted as the patron saint of librarians. 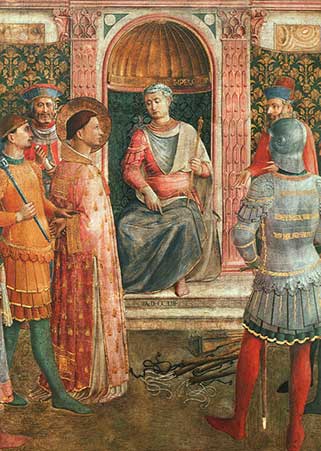 Copyright (C) 2012 St Laurence Lodge No 5511. Permission is granted to copy, distribute and/or modify the following picture under the terms of the GNU Free Documentation License, Version 1.3 or any later version published by the Free Software Foundation; with no Invariant Sections, no Front-Cover Texts, and no Back-Cover Texts.  A copy of the license is included in the section entitled “GNU Free Documentation License” and can be viewed here.

Valerian, the emperor of the time, was a bit of a numbskull. He made a mess of most things and in 260 he was decisively defeated in battle by the Persian king Shapur (Sapor) who held him prisoner for the remainder of his life, the only Roman emperor to have ever been captured by the enemy. Gibbon writes in The History of the Decline and Fall of the Roman Empire:

We are told that Valerian, in chains, but invested with the Imperial purple, was exposed to the multitude, a constant spectacle of fallen greatness; and that whenever the Persian monarch mounted on horseback, he placed his foot on the neck of a Roman emperor.

In 258, Valerian had mounted one of those periodic persecutions of the Christians in Rome and many priests were put to death. Ordinary Christians had their possessions confiscated and were exiled. The Pope, Sixtus II, was beheaded. Valerian then attempted to grab the riches of the Church and the story goes that St Laurence distributed as much as he could to the poor to prevent its being seized. When ordered to give up the church’s treasures, he brought forward the poor, the crippled, the blind and the suffering, saying that these were the true treasures.

One of the legends that grew up around St Laurence is that among the treasures he guarded was the Holy Grail, the chalice from which Jesus and the Apostles drank at the Last Supper. The story goes that to avoid its seizure, St Laurence sent the chalice away to his parents in northern Spain where it is venerated today in a chapel of the Cathedral of Valencia. 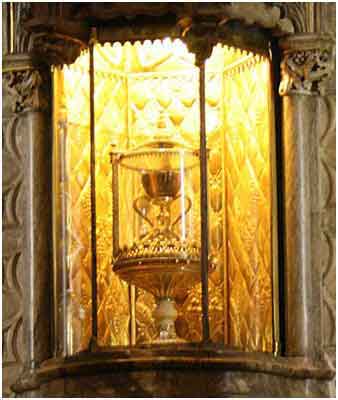 St Laurence is said to have been martyred on a gridiron, hence the emblem of our Lodge. During his torture St Laurence cried out, “This side’s done; turn me over and take a bite.” Assum est, inquit, versa et manduca. This legend explains why St Laurence is the patron saint not only of librarians and of butchers but also comedians although perhaps Valerian did not have much a sense of humour. The “feast day” of St Laurence is 10th August. 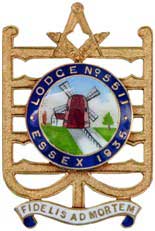 Our Lodge is not named directly after the Saint but after St Laurence Church in Upminster. In 653 AD, St. Cedd a monk from Lindisfarne landed at Bradwell-on-sea on the river Blackwater. (Hence the St Cedd Lodge No 6519 which meets in Upminster.) He founded a church in Bradwell which is probably the small chapel still there and now known as St Peter-on-the-Wall. There is a great walk, called the Cockle Spit walk, that incorporates the church which still operates. 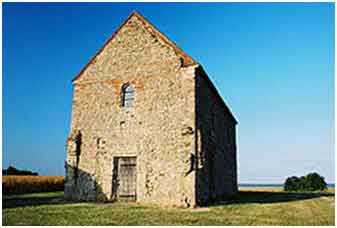 St Cedd went on to found other churches in Southminster, Canewdon, Tilbury and finally Upminster. The word “minster” essentially means “church” and today carries the connotation of a large and important church. However, the Upminster of St Cedd’s time was tiny. The Doomsday Book records only 31 families living there and the first stone church stems from the time of King John (1199 – 1216). It was enlarged in the 14th century but was in a ruinous state by the 17th century when it was repaired. It was largely rebuilt in 1861. 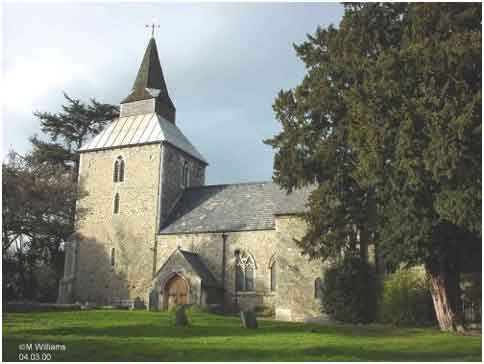 For many years, our lodge met in the church hall which can be found just south of the church itself.

This website uses cookies to improve your experience while you navigate through the website. Out of these, the cookies that are categorized as necessary are stored on your browser as they are essential for the working of basic functionalities of the website. We also use third-party cookies that help us analyze and understand how you use this website. These cookies will be stored in your browser only with your consent. You also have the option to opt-out of these cookies. But opting out of some of these cookies may affect your browsing experience.
Necessary Always Enabled