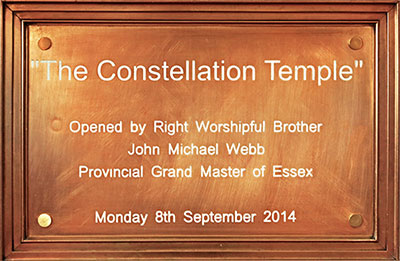 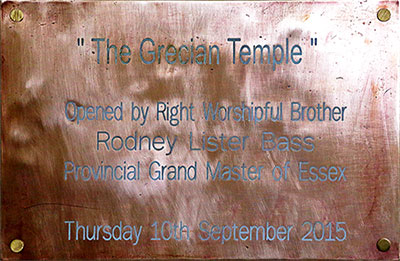 The Square at Upminster, previously known as the Upminster Masonic Hall, has undergone many major improvements since 2014 and the Committee ensured they were to a very high standard indeed! The improvements included the total refurbishment of the entrance hall, changing rooms, anterooms, bar area and the two temples. The air conditioning system has been replaced and incorporates modern vents to reduce drafts. The system provides efficient cooling, heating and ventilation throughout the main areas.

Both temples have been completely renovated to a high standard and must be the envy of many other halls throughout the country. The works included the removal of the existing ceilings and wood paneling on the walls together with total redecoration throughout. New ceilings were erected complete with modern lighting and special features. The parquet flooring in each temple has been sanded and finished in a much lighter colour than previously and set into the centre of each floor is a chequered stone effect inlay to replace the old carpet.

The central section of the ceiling in the Constellation Temple includes small LEDs to represent stars. These are laid out in the forms of the signs of the Zodiac, which are very effective during a third degree ceremony. The central section also incorporates separately switched hidden lighting above the cornice. The perimeter of the ceiling has various flush luminaires fitted, which can be switched in groups to achieve the desired effect. The wall lighting comprises specially manufactured uplighters designed to give the appearance of ancient torches.

The smaller temple was designed to provide a representation of the Grecian Temple in the Liverpool Street Andaz Hotel (previously the Great Eastern Hotel) after which it has been named. The temple is beautifully decorated and includes Doric columns and a marvelous ceiling with rectangular coffers, decorative cornices and an impressive central cupola.

Please do take a virtual tour of The Square at Upminster. You won't be disappointed!