Another good evening at the Romford Ten Pin Bowling Alley. 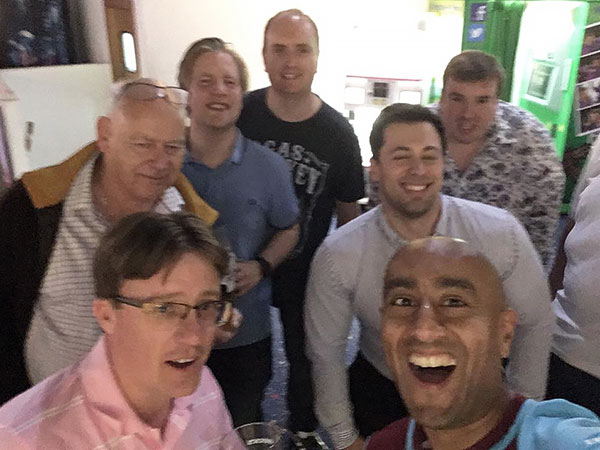 Nine brethren attended the event and split across two lanes.

Dane was unfortunate as he managed to get two strikes but both times the machine broke and his strikes were lost.

After the bowling some of the brethren retired for a meal at Frankie & Bennys.

And Bro Jas shows how it's done!